The true effect of irrigation on trees 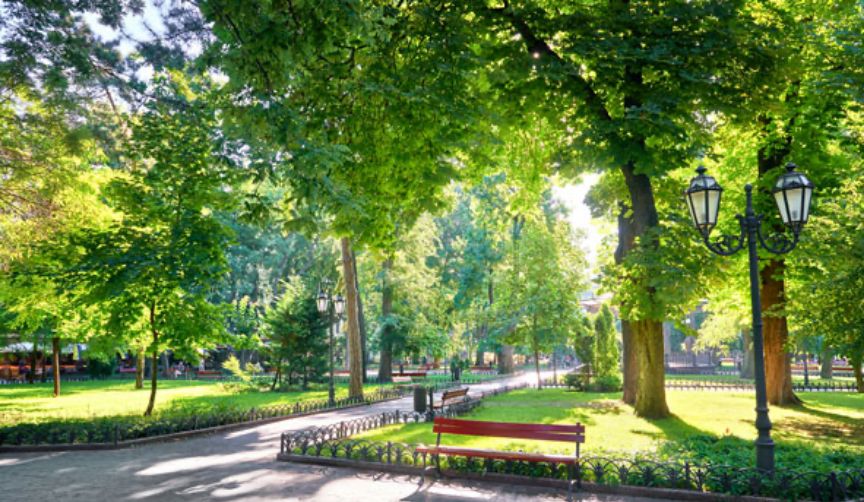 Like everything that nature gives us, trees are living beings: they have a birth, a life, then a death. In an earlier stage of a tree’s life, irrigation can be a tremendous plus. At this stage, it’s the leading need a tree has. In the adolescent phase, the tree still needs water. However, too much can be just as bad as too little. This is true for the trees as they mature to adulthood as well. When planned correctly, irrigation is very good but not too much as it would do more harm than good. The following article will deal with irrigation for trees, from birth to adulthood, as well as with special problems encountered during their lifetime.

Concerning the irrigation of young trees, i.e. during the first three years of their existence, watering is essential and must be performed judiciously. Several questions arise: how much water should be applied? How often and using what method? Indeed, it is highly difficult to know the exact water needs of young plants and they often die off without our under standing why. A little bit of tree anatomy can help in understanding why these things happen. During the first season after planting, the roots are in the planting ball; water should therefore be applied above the roots so that they are moistened as they progressively grow out. The traditional basin is perfectly suited to the first year of plant growth. But, very quickly, the roots will spread out and more widespread irrigation will be needed, which is not always very easy, especially in urban areas. Drainage will be needed, or else the final ground surfacing should not be laid before two or three years.

Lastly, the most important question is the frequency and quantity of water application. Young trees suffer equally from a lack of water and an excess of water, since too much water quickly leads to suffocation and root rot – for example, weekly watering is excessive, except during a heat wave; it is best to water heavily once a month, applying around one hundred liters of water. In recent years, however, tensiometric measurement sensors have been developed for dealing with these situations perfectly. They are used to make precise adjustments for the plant’s water needs given the soil moisture level. Municipalities seeking better management of their young tree plantations and their water resources increasingly tend to equip themselves with these little devices, which can provide substantial savings.

The problems posed by adult trees, often already in place, are on a different level.

It should be pointed out that the root system of a tree extends far beyond the drip line of the tree. Next to the trunk are the buttress roots, which are the pedestal roots that the weight of the tree sits on.

These large roots start out trunk size and taper down to baseball size roots, and are absolutely critical to the survival of the tree; if something happens to those roots the tree is going to fall over. Buttress roots grow in an area called the zone of rapid taper (ZORT) and become the structural roots. The roots that are after that are the feeder roots that do not provide any structural support for the tree, but they absorb most of the water. A good rule of thumb when installing an irrigation system is to stay outside of the drip line of a tree. If you get within four feet of the trunk of a large tree and you have to sever its roots within that distance, take the tree out. Even if you are going to just run heavy equipment that will compact the soil, you should take the tree out. The native soil that is underneath that tree is very spongy; When you squeeze that piece of bread, it becomes dense and hard.

“That’s what happens to the soil when you run equipment over it. You should rope off areas around trees to keep equipment and foot traffic to a minimum to prevent potential damage to the trees.”

Ideally, the installation should not be anywhere under this magical thing we call the drip line, even though the roots extend further out than that. It would be a good idea to give it another third away from the drip line, because, actually, they can get plenty of water with the proper spray head; they don’t have to get close to the trees. Often, people who install irrigation systems do not understand a tree’s root system, and they will cause physical damage by trenching and laying the pipe, using the vibratory plow or Ditch Witch. Installation of an irrigation system is the first danger for the tree. Even before one drop of water has hit the soil, half of the tree’s root system may be cut. A large tree has a phenomenal root system – twice the height of the tree. Digging anywhere near to the trunk, you are going to cut major roots, causing major problems. When you change the environment of an established tree, particularly by installing an irrigation system, there are several problems to contend with. You are changing the conditions of the soil, making it “less aerobic”, because you are putting a lot of water around the roots of the tree that they have not had before. Many times people irrigate everyday, resulting in waterlogged soil, another term for soil with very little oxygen in it. The result? Sure death of the roots. The root system needs air; the tree roots are growing in a thin layer on top of the soil, but they are getting oxygen diffusing from the air above. They do not grow very deep, because the oxygen does not go very deep, in most cases no more than a few inches.

“Therefore, if a ton of water is suddenly poured upon them and there is poor drainage, the result can be drowning or literally suffocating the root system.”

This is the second danger of installing an irrigation system around established trees. The key is good drainage. Especially where there is clay soil and water just sits there, you start seeing higher incidents of root pathogens like root rot. Once a tree contracts this disease, you start having structural problems where it is eating away at the part of the wood that is holding the tree up. When you change the conditions of the soil around an existing tree, making it wet, you are creating an ideal situation for water molds. Water molds are orga nisms living in the soil that grow in the saturated anaerobic soil, which in turn, grow and attack the tree’s roots.

The most famous of all is Phytophthora, which is a water mold that loves wet conditions. Whenever it gets wet, it becomes extremely aggressive. This organism loves excessive irrigation; when the soil gets saturated and anaerobic, it has spores that swim like sperm cells. This mold lives in the soil and usually does not cause problems because it is under a lot of competition from other micro organisms that are very beneficial. However, when the soil is waterlogged, then it’s in its ideal growing environment and becomes aggressive. Its name in Latin translates to “killer of plants.” This is the one microorganism that can really be linked to wet. This is the organism that started the Irish Potato Famine when it rained so much in Ireland in 1843- 44. Many people starved to death, or migrated to America, because it was so wet that each time a potato crop was planted, this disease (Phyto – phthora) killed it. If the conditions are too wet, the tree roots just cannot grow. It shows up when we have really wet weather. A third problem that can be caused by the disturbance of the area around the tree roots is Armillaria. This is another  micro organism that attacks the root systems of the trees. While Phytophthora is called a nibbler of the roots, first attacking the smaller roots, then going after the bigger roots, Armillaria attacks the larger roots. Armillaria can be a problem associated with irrigation first by cutting the roots, then possibly overwatering, or can be caused just by disturbing the roots.

If you install an irrigation system in a poorly drained site, it is going to cause problems. As a professional, look at the lay of the land for low spots, which is all part of the hydrology of irrigation. If you see a potential problem area, you have to create a drainage system plan. In all probability, any of these situations can be dealt with before they escalate into problems. Nevertheless, some times this is not possible. One sign to look for when you are working in the soil is if it emits an odor and is slimy, this is definitely evidence that you have a problem. Once a tree wilts, it is gone. However, if it is diagnosed, and there are other trees, then they can possibly be saved. If one tree is lost, you can correct the problem, and plant another tree.

From the first day that you hung your shingle up, you never considered that there might be a negative effect of your irrigation installation. This does not translate into turning down any new jobs. However, you can now be more informed and responsible for your clients.

In summary, remember that your actual installation may be the first problem. Avoid cutting the roots. Phytophthora microorganisms, or the growth of water molds in waterlogged soil, is the second problem. Armillaria is the third problem, caused by root disturbances alone, without flooding the tree. If you’re ever called in to “fix” a problem irrigation system or a landscape that has poor drainage, first remove the dead trees, replace contaminated soil, aerate the soil, re-engineer the irrigation system, provide drainage, diminish compe tition from the turf, treat for insects if necessary, and remember that the key is to provide oxygen to the roots of the trees that are left. The professional will provide an irrigation system to water only those areas that really need it. Avoid areas with unique tree species or established trees. The most important thing is to preserve your customer’s tree investment.