Reusing treated Waste Water for Irrigation ? What are the benefits and what is the sustainability? 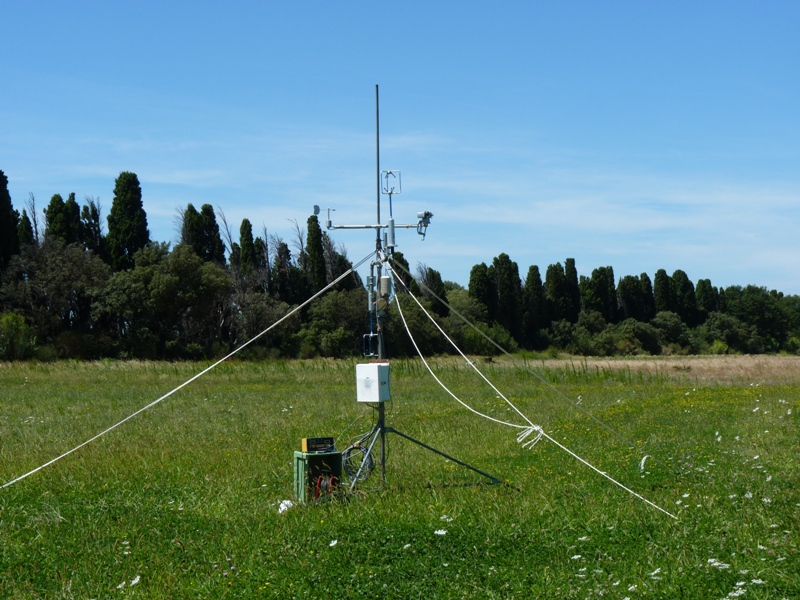 These resources, which are often of mediocre quality, have the advantage of being located close to the places of use, being available in large quantities throughout the year and rich in useful nutrients.

In the case of household waste, which has been more or less treated, or industrial effluent, there are large quantities of water that can be utilised to water the plants and crops (irrigated agriculture, green spaces) instead of releasing the water back into the environment without putting it to use, or even allowing it to contribute towards the damage caused to these areas.

The difficulties encountered when implementing wastewater reuse projects are, firstly, the wide variety of skills required in order to comprehend fully all the constraints. These volumes of water could pose a danger on account of their content.  These risks can be graded according to the planned use or production and the water distribution method used. On the one hand, the water could represent a health risk for people and animals through the spreading of pathogens or a risk for the environment through the dispersion of certain contaminants, such as heavy metals or some complex organic molecules; while on the other hand, they could pose a danger for the crops through the contamination/spreading of viruses and other pathogens. An understanding of these dangers will allow for the decision-maker to assess the level of risk for the population and the environment, although this assessment often lacks a sound scientific basis.

Adversely, passing the wastewater through vegetation or a plant medium before use can be advantageous on account of its capacity to degrade certain organic pollutants (derivatives of medicine, for example, can be degraded by the bacteria and fungi in the soil), expose the pathogens to sunlight or even reconcentrate certain polluting agents, as in the case of photoremediation.

Treated wastewater is well controlled nowadays before being released into a natural environment, even though the system fails all too frequently for reasons that are generally beyond the control of the treatment plant. Therefore, the Reuse practices must include the control of the associated risks. This influences the design of the installations (avoiding areas of stagnant water where the regrowth of bacteria remains a possibility, for example), the disinfection of the water (UV treatment, filtration, ponding…), the technologies introduced for conditioning the treated effluent (prefiltration, storage), distribution techniques and systems used in the field and their maintenance; and, of course, agronomic monitoring of the plots.

Although, initially, Reuse may appear to be an attractive option, it is difficult to manage :

It is, therefore, understood that Reuse involves many professions, which themselves are reliant on the command of various disciplines, where the players are unaccustomed to working together. However, some private players in the world of water and sanitation are beginning to invest in this field, relying on multidisciplinary skills and an integrated approach to water management. On the user side, the farming world and urban green spaces sector are becoming more and more interested in the topic. Many studies carried out by the FAO, WHO and certain pioneering countries (California, Australia and Israel) serve as a reference for an integrated approach. The ISO/PC253 lists a set of standards on the subject which will be used as international benchmarks. This standard has the classification No. ISO TR 16075 and is made up of 4 parts, 3 of which have already been drawn up. The fact remains that technological, agronomic and environmental sustainability is not always achieved. Irtsea and its partners are striving to improve this.

We can well understand from the above that the complex interaction between the various areas of Reuse makes decision-making difficult and cost-calculation deceptive. Irstea, in partnership with Ecolfilae, a firm of independent training consultants, is working on identifying all the direct and indirect costs to be used as the basis for an analysis of all the direct and indirect benefits of the programme. It is essential to have an analysis that is as thorough as possible, so as to be able to have all the necessary information to hand when making the decision to launch the project. Following this study, a decision-making tool will be made available on line by Ecofilae, to enable the professionals involved to evaluate the expected cost-effectiveness of their project in the different scenarios and thus arrive at an informed decision.

Furthermore, within the context of various R&D projects, Irstea is in the process of obtaining a clearer understanding of the consequences of using reused water for sprinkler irrigation. This technique of distributing water over a plot of land is quite often the only technique that can be used under economically acceptable conditions (golf courses, parks and gardens, fodder crops and cereals). In order to apply a practice that has a good safety threshold, then the potential dangers must be known in order to be able to make a risk assessment. Experiments were carried out under real climatic conditions, using a ‘parks and gardens’ sprinkler (Rain Bird 5000+). A food colouring was added to the water used. This colouring is detectable by fluorescence at very low levels of concentration (<10μ/l). Rain gauges are used to collect the water distributed in the wetted zone, near the sprinkler. The water sprayed further out is collected in Petri dishes placed on the soil and by PVC wires placed across the air flow and downwind from the sprinkler. It was thus possible to identify hourly precipitation rates of less than 1ml/m²/h (i.e. 0.001mm/h). Consequently, it is possible to quantify the amount of water leaving the wetted perimeter, as well as the distance travelled and, therefore, estimate the potential spread of a pathogen or pollutant to the area surrounding the plot of land, under the influence of the wind.

We have been working with the abovementioned sprinkler up to now at a pressure of 3 bar and with a 3mm nozzle. The flow-rate delivered is 600l/h over a radius of around 13m. The trials were conducted at the Domaine du Merle (AgroSup Montpellier) in Salon de Provence. As there had to be almost the same wind conditions each time, it was only possible to conduct 11 trials of 20 to 30 minutes in 2012.

These first tests have enabled us to refine the measuring method that will be applied to a wider range of sprinklers and pressures. The use of higher concentrations of colorant will make it possible to reduce the duration of the test to 5 to 10 minutes in order to guarantee unchanged wind conditions.

The micro-irrigation technique is the most appealing in terms of safety, as there is no contact between the operators, public and waste water and contact with the irrigated produce is reduced or eliminated. However, the operating principle on which this technique is based, i.e. reducing the cross-sectional area through which the water flows in order to generate the head loss, makes it sensitive to different types of clogging. This can take various forms according to the quality of the reused water, either through the growth of bacterial biofilm, or deposits of organic particles (in particular the biofilm when it becomes detached), or through the precipitation of the mineral salts contained in the water. Filtration at the intake and the maintenance of the installations become strategic points in the operation of the system.

Irstea has conducted a series of tests in this field, at two activated sludge treatment plants. The effluent supplied 9 dripper models from three leading international manufacturers. Each one had supplied one drip irrigation tape model, one built-in dripper model, some of these with pressure compensation, and one detachable dripper model. For each dripper model we followed the manufacturer’s instructions as regards filtration. After two years in place and approximately 250 hours of operation, it would appear that the drip tape models do not tolerate the use of waste water very well, even with filtration at 100μm as required. The other drippers generally performed well, providing the lines were flushed out and chlorination carried out about once a month. The main lesson learned is that it is important, first and foremost, to guard against any sign of clogging. This result is, moreover, confirmed by a thesis which revealed the connection between flow velocity and the growth of bacterial biofilm under conditions similar to those found in an irrigation system. Close monitoring of the pressure variations is required (less than 5%) in order to be able to identify the fist signs of clogging.

The published works and discussions have contributed towards the improvement of French regulations on Reuse and the drawing up of the ISO standard 16075 ¹ (Parts 1 to 3 will be appearing in 2014, with Part 4 to follow later). Apart from providing the specific provisions required by the regulations, this project also helps to reveal the areas of research that are in need of further study. Furthermore, these points are relevant for the reuse of both poor quality water and agricultural waste water, which might contain suspended particles and mineral salts. The two aspects to be understood are the behaviour and transfer of aerosol sprays produced by the sprinklers and the phenomena of ageing micro-irrigation emitters. Beyond that, these studies will enable use to get to grips with challenges facing the safety and efficiency of fertigation and chemigation.