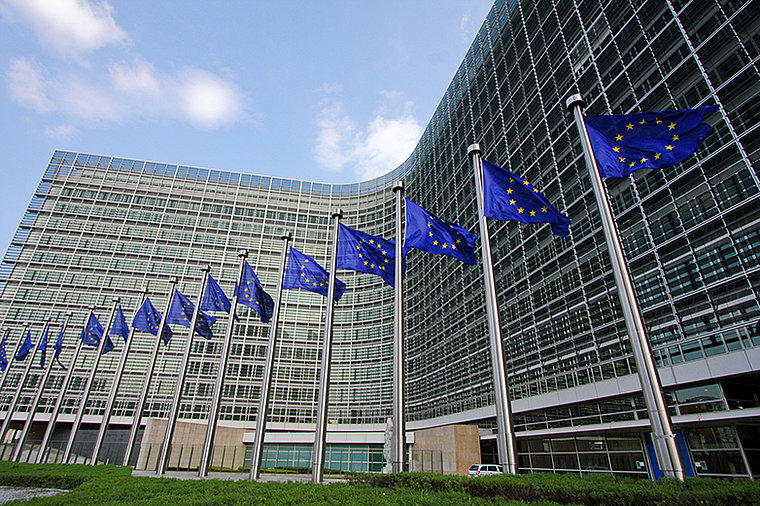 The new 27 members-strong Commission started to work on the basis of the six “headline ambitions”[1] set by Ms von der Leyen in July, which she developed in a speech to the European Parliament on 27 November. In this speech, she insisted on the European Green Deal, presented as a “our new growth strategy”, with “at its core an industrial strategy that enables our businesses – big and small – to innovate and to develop new technologies while creating new markets”, and on digitalisation, which amongst others should “enable us to handle resources more effectively and more efficiently, because we will be able to calibrate everything precisely: water consumption, energy all the precious resources of our planet”, outlining six priorities in this area. The “transformative power of this twin digital and climate transition” should help “strengthen our own industrial base and innovation potential” recalling that “competitive sustainability has always been at the heart of our social market economy”.

Under this framework, the European Green Deal was presented on 11 December, followed by the Sustainable Europe Investment Plan and Just Transition Mechanism on 14 January. Other initiatives should follow beginning 2020, as shows an indicative timeline provided by the Commission:

The Communication on the European Green Deal, accompanied by an annex containing an initial roadmap of key policies and actions, proposes a set of political objectives that the new Commission aims to achieve. It is presented as the EU’s “growth strategy” for the next years and focuses on eight main sectors: climate action, energy, industry, buildings, toxic-free environment, biodiversity, agriculture and mobility. In addition, the Communication proposes horizontal actions to be taken in the areas of finance, research and innovation, data, training and education, as well as trade relations. The overall objective is a “climate neutral Europe in 2050“. Of specific interest could be: a “Zero pollution action plan for water, air and soil” is foreseen for 2021 and the greening of the Common Agricultural Policy (the examination of the draft national strategic plans, is scheduled for 2020-2021.

The Green Deal is accompanied by an investment plan presented on 14 January with two components: a  Sustainable Europe Investment Plan and a Just Transition Mechanism (for the latter a legislative proposal is announced to follow in March 2020).

The purpose of the Plan is to mobilise public investment and help to unlock private funds through EU financial instruments, notably InvestEU, which would lead to at least €1 trillion of investments. For those regions that will be particularly affected and undergo a profound economic and social transformation, the Just Transition Mechanism will provide tailored financial and practical support to help workers and generate the necessary investments in those areas.

The Plan is based on three dimensions:

The Just Transition Mechanism (JTM) will provide targeted support to help mobilise at least €100 billion over the period 2021-2027 in the most affected regions, to alleviate the socio-economic impact of the transition. It aims at creating the necessary investment to help workers and communities which rely on the fossil fuel value chain. It will come in addition to the substantial contribution of the EU’s budget through all instruments directly relevant to the transition. The Just Transition Mechanism will consist of three main sources of financing:

As part of the European Green Deal, the Commission will develop a new Circular Economy Action Plan (to be presented in March 2020), which main elements were published in a Roadmap on 23 December 2019. These are:

[1] These six headline ambitions form the priorities of the new Commission for the period 2019-2024: A European Green Deal, an economy that works for people, a Europe fit for the digital age, protecting our European way of life, a stronger Europe in the world and a new push for European democracy